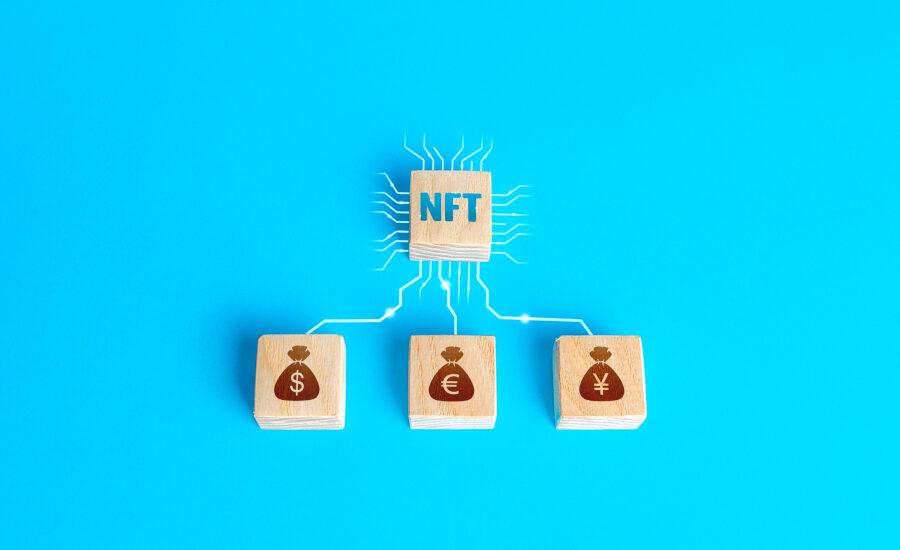 Why do people buy NFT tokens?

In fact: now auctions have migrated from reality to the digital space, and people spending fabulous sums in an effort to get their hands on a virtual art object (be it a video collection, an electronic signature of a famous person or a painting that does not exist in the physical world).

Nevertheless, so-called NFT auctions on the Web are gaining unheard of popularity, making them perhaps the loudest phenomenon of our time. Buying something you can’t even hold in your hands – why is digital art considered no less prestigious than real art, and how do virtual auctions work?

NFT – non-fungible token – is a virtual art object itself, the ownership of which is recorded in a special data block and fixed in the form of a unique network address.

In order to avoid confusion, here’s a comparison: there are a number of hangars, each containing valuable objects ranging from paintings to one-of-a-kind cultural artifacts. The buyer finds the room where all the art objects are to his liking, purchases it and becomes the exclusive owner of the art collection. At the entrance to the hangar hang a sign: it contains all the information about the owner, but various museums, cultural centers and other public organizations may lend the contents of the storage for exhibitions or temporary exhibitions, which, of course, does not negate the ownership of the sole owner.

By purchasing a token (the “hangar”), a virtual auctioneer receives at his or her disposal a whole set of various art objects – though they have no physical copy. The most famous case of an art sale took place in March 2021: artist Mike Winkelmann auctioned a painting titled “Everydays: The First 5000 Days”, a collage of 5,000 images that took the artist more than 13 years to create. All of them exist only in digital – and despite that, the digital canvas sold for $69 million.

However, NFT tokens are not limited to paintings. Thus, the game developer Peter Molyneux announced a truly innovative project – a business simulator Legacy, where users can create their own trading empire, using the main feature of the game – NFT-tokens, which people can buy for real money now. In other words, virtual land is being bought up before Legacy is officially released, and for large sums, with the smallest being $3,260 and the largest being $905,000.

This is unprecedented not only within computer technology, but also in the context of the digital space and its rapid introduction into our lives. By investing in NFT video games, users expect to be able to set up a successful virtual business and recoup the money spent by selling the same NFT land, the profits from which are converted into reality.

There is another equally surprising example: in November, the International Chess Federation announced the launch of its own NFT auction, which will sell records of the best moments of matches, electronic signatures of favorite players and other collectible items related to the sport. All of this is exclusively in digital format. As if to illustrate the efficiency of virtual bidding in chess, Norwegian Grandmaster Magnus Carlsen, who won the international Meltwater Champions Chess Tour tournament, received not only a cash prize, but also an NFT token containing his most successful matches and unique pieces. By digitally signing the token, Magnus was able to sell the NFT award to one of his fans for almost $25,000.

Digital currency company Injective Protocol went one step further: wanting to demonstrate the growing influence of virtual art, it purchased British artist Banksy’s Morons stencil for $95,000 – and then burned the original on live TV. Afterwards, the organization said it generated an NFT token of the destroyed canvas – thus, according to Injective Protocol, the physical value of the painting merged with its digital existence and made Banksy’s creation truly unique. It is noteworthy that the company also “laughed” at the author himself, because the original depicted exactly the auction, to which the British artist had a negative attitude, considering it a pointless waste of money for the sake of an imaginary halo of elitism.

Other unusual NFT tokens purchases include a virtual house on Mars, which can only be accessed by its owner and only with an augmented reality helmet, an animated image of the so-called Nyan Cat – a cat flying through space and leaving a rainbow trail behind it, and the very first message from one of the founders of the social network Twitter, Jack Dorsey.

Why do people buy NFT tokens? There is no definite answer, but many experts are inclined to an uncomplicated explanation. The current era of post-truth, when emotions replace rationality and factuality and credibility take second place to ingratiation of Internet users, has contributed to such a dramatic popularity of NFT auctions.

The hype and endless buzz around digital art gave it the appearance of something incredible – and numerous collectors did not hesitate to become part of this world, investing enormous sums in its development.

A culture of consumerism is taking shape in all its glory, where it is not the content but the form, the fact of owning an object that is decisive.

How the NFT-space will be shaped in the future is a question of the future. But for now we can observe a frightening and yet striking tendency: the digital world is absorbing the physical one as if in competition with it, deconstructing it and changing the categories of value and uniqueness.