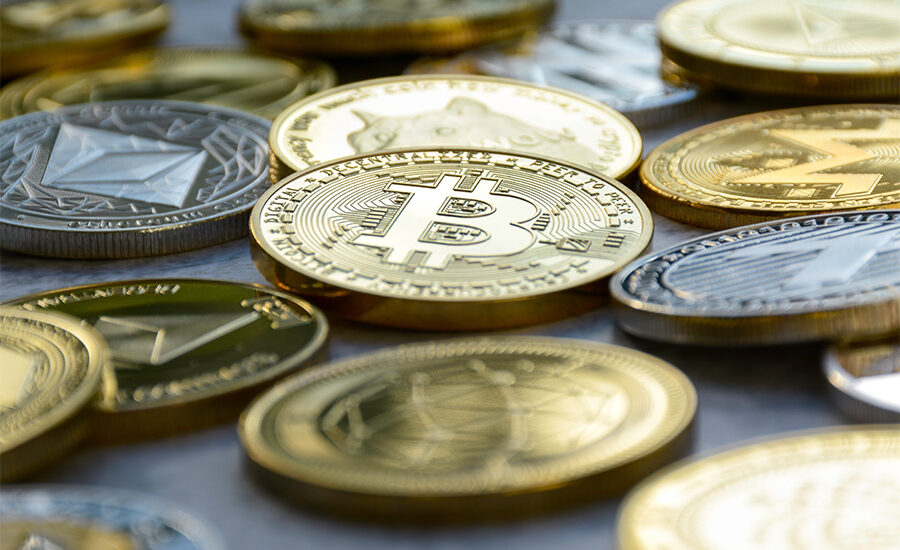 Experts analyzed the prospects for the Bitcoin price

lso, Fed Chairman Jerome Powell warned that the announcement of asset cuts on the balance sheet could be announced as early as May, writes RBC Crypto.

The rate will continue to rise, which will mean the reduction of money in the market, predicted the head of the analytical department of AMarkets Artem Deyev. Bitcoin, Ethereum and other cryptocurrencies are now rising following the indices, Deev pointed out. Yesterday after the Fed meeting, the S&P 500 index rose by 2.24%, the Dow Jones Industrial Average by 1.55% and the NASDAQ Composite by 3.77%. And in January, the correlation between Bitcoin and the S&P 500 Index hit a record high since October 2020.

“Tightening monetary policy in the U.S. and other countries is certain to cause a recession in the global economy. Stock markets will go into correction again, cryptocurrencies will also go down”, the expert believes.[/su_quote]
He added that many countries are now beginning to talk about legalizing cryptocurrencies. This will make the market transparent to the Central Banks and somehow regulated. Meanwhile, according to Deyev, it was anonymity coupled with the injection of liquidity into the economies of developed countries that spurred the growth of cryptocurrencies in 2020 and 2021.

“Now both of these factors will be winding down, and the cryptocurrency market will go into a correction in the near future”, the specialist suggested.

Bitcoin is not a defensive asset, BitRiver financial analyst Vladislav Antonov added. According to him, it will be possible to talk about the end of the correction in the crypto market after the bitcoin value exceeded $46 thousand. However, Antonov believes that the market is ready for a new rally, as there are “all the technical conditions” to restore the Bitcoin price to $51.8 thousand.

Co-founder of ENCRY Foundation Roman Nekrasov also said that bitcoin is not a protective asset. He reminded that the volatility of the first cryptocurrency is extremely high. According to the expert, it is better to use Bitcoin in conjunction with instruments subject to less fluctuations.

“You should not invest all your savings in Bitcoin, but it is also not the best strategy to ignore the new financial instrument. The most effective strategy is inclusion of Bitcoin into the investment portfolio and competent diversification”, Nekrasov says.