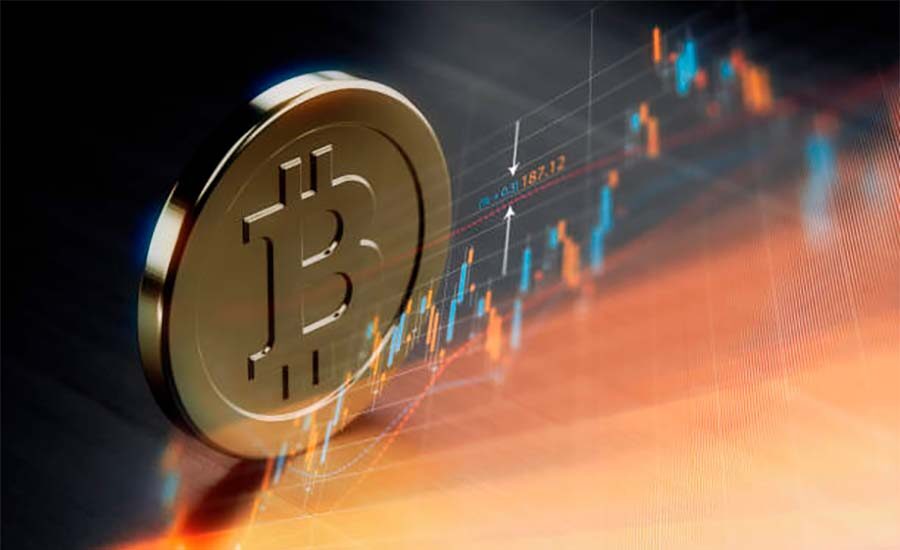 What to expect from Bitcoin this week?

Experts told how the situation in the industry will change in the coming week.

Bitcoin is trading in the negative for the eighth week in a row. Total losses were 39% and 44.59% to a low of $26,700. The correlation of the first Cryptocurrency with the S&P500 index is 0.78 and 0.75 for 30 and 90 days respectively (figures are inaccurate, as the Cryptocurrency is traded on weekends).

The Cryptocurrency market remains dependent on the U.S. stock market. The stock market is storming due to the U.S. Federal Reserve’s tightening of monetary policy. The regulator is fighting high inflation through rate hikes.

The S&P500 and Nasdaq Composite also recorded their seventh consecutive negative week at the end of the week. The series is the longest since the end of the dot-com bubble in 2001. The U.S. dollar corrected slightly against world currencies on Friday, but is still trading at its highest levels.

On Friday, the S&P500 index recouped all of its losses and closed in paltry plus of 0.07%. The rebound gave buyers in the Crypto market hope to return to the $30,200 mark over the weekend. The situation on cryptocurrencies remains critical. Buyers are practically hanging on by a thread. “The bearish trend is intensifying, and there is no telling where support will come from for traders and investors, which news will act as a trigger for a new rally in the stock and Cryptocurrency markets.

The crypto market is under pressure from macroeconomic factors. In particular, high growth rates of consumption prices in the world and in the U.S. continue. The situation was also affected by the collapse of the UST algorithmic Stabelcoin, which many analysts compare to the fall of Mt Gox, which launched a prolonged recession in the Crypto market.

It is unlikely that Bitcoin will be able to overcome the negative factors and move into the growth stage in the coming months, not just weeks. In June, the Fed rate hike is expected again, which means that investors, amid geopolitical instability and high inflation, will further increase investments in protective assets such as U.S. Treasury securities, whose yields will increase due to the key rate hike.

That said, the Crypto market is heterogeneous: there are Bitcoins and altcoins. And in the current environment, there is a capital flow from altcoins back to Bitcoin, whose market share has shifted back to growth. This means that Crypto market participants are looking for ways to reduce risk from depreciation of their portfolios and move assets from riskier to less risky – Bitcoin has traditionally been less risky than altcoins and more resilient.

In the coming weeks, I expect Bitcoin to trade in the range of $25K to $30K and it is unlikely that the Bitcoin will be able to consolidate even above $30K. If the rate will overcome this psychologically important mark, it will do so only for a short time. More negative scenarios are not excluded, when Bitcoin falls to $22 thousand.

Now, the nearest support level, where you can see the volume buy orders is $20-22 thousand, it will be difficult for Bitcoin to go lower, but again, not impossible. If the rate of the first Cryptocurrency will go lower than $25K and stay there, we may expect that Bitcoin will start a free fall, when the rate will quickly break through the support at the level of $20K and go lower.

A new bullish cycle of Bitcoin is unlikely in the coming months. There is a chance that in the second half of 2022 Bitcoin will be able to overcome the negative information and macroeconomic background and grow, but it is unlikely that this growth will bring it above $45K. Even this mark seems optimistic to me.