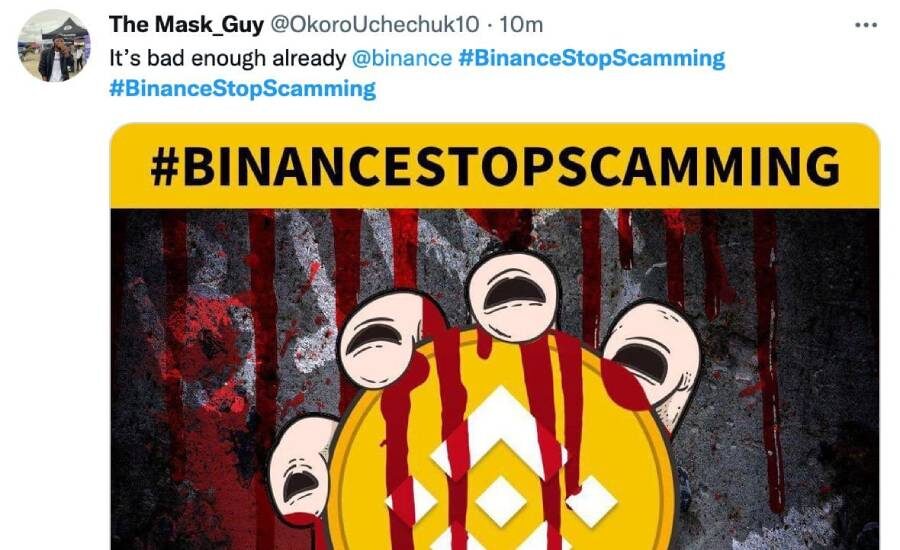 The Binance exchange has faced numerous accusations of fraud in Nigeria. Traders from one of the most active countries in the segment are leaving the market and joining the #Binancestopscamming internet campaign.

The reason for discontent is simple: after a change in usage policy, Binance froze the funds of many clients without any valid reason. One trader has been struggling in vain for 4 months to get his deposit back, which is $500,000.

Binance Africa in one of his tweets admits: the blocking did take place, but there were good reasons for it. Here’s how Changpeng Zhao’s company commented on the situation:

Note that a lot of people have had their accounts blocked recently, but many have had them unblocked as well. But in Nigeria, half of the money in the accounts is obtained mostly illegally, and understandably, Binance won’t unblock the accounts.