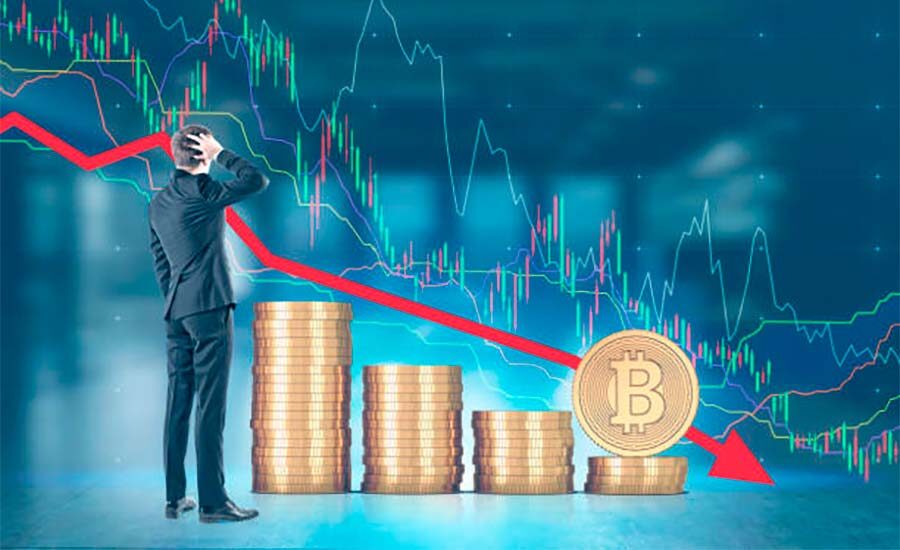 Peter Schiff: Bitcoin could fall below $8,000

How can anyone who looks at this chart stay long #Bitcoin? Now that the upper support line has been broken, a move to the lower support line is a high probability. The chart has both double top and head and shoulders top patterns. The combination is ominous.

It’s a long way down! pic.twitter.com/GTNyUXFB63

“How can anyone looking at this chart even believe in bitcoin’s upside potential? The support line has been broken. There is a high probability of a move to the lower support line. The chart shows two patterns at once: a double top and head and shoulders. It is an ominous combination. We have a long way down”

wrote Peter Schiff in his microblog

Analyst Lark Davis also sees the potential for further Bitcoin decline. He drew attention to the intersection of curves that reflect the average value of BTC for 50 and 200 days. Such indicator behavior, in terms of technical analysis, is a harbinger of Cryptocurrency decline. Analyst trader Rekt Capital agreed with the opinion that Bitcoin is waiting for a further decline. According to his observations, the Cryptocurrency is on the rise again after touching the 200-SMA (reflects the average value of the coin for 200 days). BTC needs to lose about 25% more in value before the estimated local low. As of the moment of writing the news, Bitcoin is trading at $30k.

According to Rekt Capital forecast, the minimum can be fixed near the level of $22k.