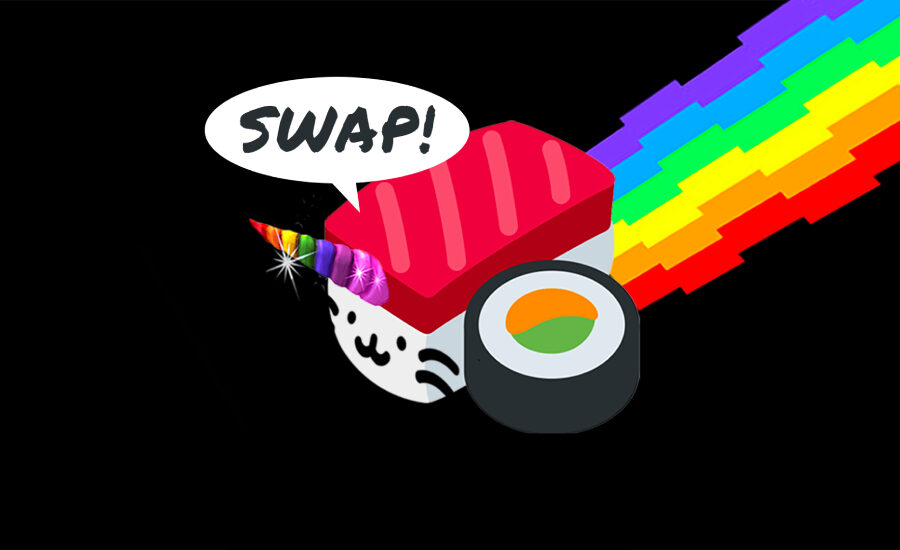 The cryptocurrency SushiSwap (SUSHI) has jumped nearly 6% to $4.28 in the past 24 hours. Its capitalization rose to $544.772 million on the night of Wednesday, February 16.

Wallets, which control between 100,000 and 10 million coins, bought a total of 9.63 million SUSHI in two months. Whales took advantage of the winter fall in the crypto market and increased their reserves in SushiSwap by about 9 percent, according to a report from the Santiment team.

The SUSHI token is an asset of SushiSwap, a decentralized exchange based on several blockchains. Digital assets totaling up to $4.76 billion are blocked in this DeFi protocol (DeFiLama data).

According to analysts, the SushiSwap platform token will soon be among the most prolific altcoins. It will increase in value if the decentralized finance market starts to grow at a steadier pace.

The trend of increasing capitalization of this ecosystem has already formed. Not only the number of users of DeFi applications is growing, but also the value of funds blocked in this market ($208.98 billion).

I’ve been watching the whale activity on this asset for a long time now, and I want to download that I will definitely buy it in my portfolio when I see that biktoin will start to really grow. After all, DeFi has not reached its full potential, and there will still be an opportunity to make money on it. But no matter what anyone says, be sure to research for yourself.
DYOR!