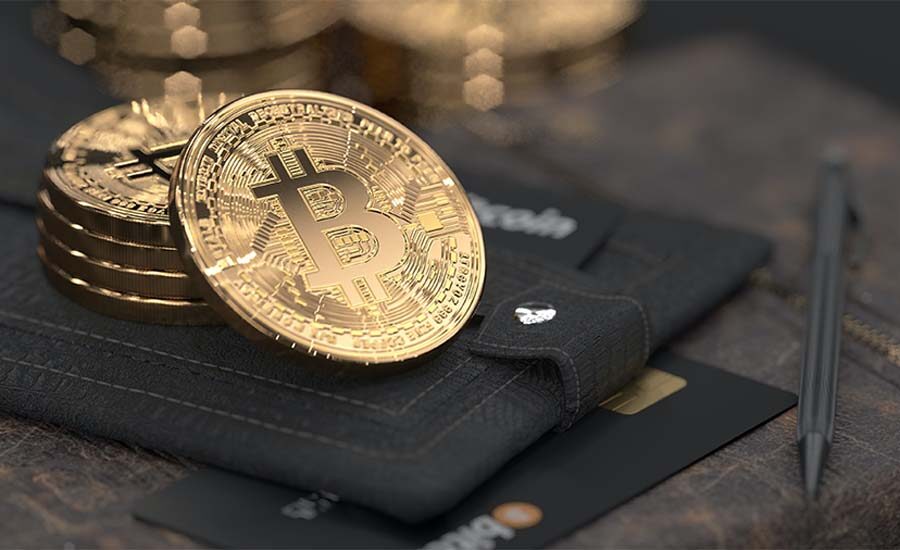 How to start a Bitcoin wallet: choosing the best way

While states make bitcoin their national currency, Russia is eager to determine the status of Cryptocurrencies and regulate this market in 2022. It’s a good time to get ready, especially since investors’ golden advice to keep their savings in different places is still relevant.

And here, Bitcoin wallet comes in handy. We suggest to remember what they are by 2022, how to create a Bitcoin wallet and what is the best way to do it.

A digital Bitcoin wallet is a program that you need to work with cryptocurrencies and store your savings in them via Blockchain. When making transactions with it, you can not depend on the modes of banking systems, quickly transfer funds around the world at any time and remain anonymous.

Despite the name, a bitcoin wallet is designed to store and transact with a wide variety of cryptocurrencies, not just traditional bitcoins (BTC), which are periodically predicted to become obsolete and die.

Each wallet has a public and a private key.

The first one is the address of the wallet, a set of symbols, which is visible to everyone who sends money to it, be it deposits or transfers.

The private key is generated from random numbers, is kept private, and is used to sign transactions.

To restore a private key in case of loss, the sid-phrase memorized by the owner – the same random sequence of words – will help.

You can create a Bitcoin wallet using a program and database downloaded to your hard drive – for example, taken from bitcoin.org. An easier option is to use special software like Jaxx or Exodus instead of full download and manual installation mode.

To start a Bitcoin wallet online will help special services and applications. For example, Bitcoin Wallet, Blue Wallet, Samourai.
It is possible to create a wallet for cryptocurrencies using a physical medium. Among them stand out such models as Trezor, Keepkey and the Ledger family.

Another “physical” way to get a bitcoin wallet is to use paper, printing out a sido and QR code with a private key.

In order to choose a wallet more effectively, it is worth getting acquainted with a particular cryptocurrency by looking at the list of recommended applications on its website. Different types of wallets have different advantages and disadvantages.

Desktop wallet is considered safe, but difficult for users. Your wallet will only be stored by you, but you will need to pump out the base and make certain settings. For example, the bare minimum needed specifically for bitcoin: a fast SDD drive, a Bitcoin core with a list of transactions, and a wallet.dat key file.

A simpler option is to install programs like Jaxx or Exodus on your computer instead of a full database, but such wallets will require constant updates through the network, which makes them susceptible to hacker attacks and therefore dilutes the very advantage of this type of wallet.

Mobile applications can help you start a Bitcoin wallet online, they are easy to access and pleasant to use, and they make it easy to transfer and check your account. But it’s also relatively easier to hack the wallets created with them – not only do you have access to the wallet, but also to the platform. In addition, you’re tied to your smartphone, which can simply be lost in everyday use. With these pros and cons, mobile wallets are recommended for small amount transactions as well as very impressive ones.

A hardware wallet is safe and does not require internet, but you will have to pay a lot for it. These are physical devices, similar to flash drives, where cryptocurrency storage software is installed. Their autonomy makes them a great option for both long-term storage and travel – just drop currency on the device and take it with you anywhere in the world. In addition to being expensive, the disadvantages are corresponding: such a flash drive is easy to lose, and it will be impossible to recover funds if you forget the Sid-phrase.

A paper wallet is considered very safe, but also very inconvenient. To use them, you have to print the keys on paper and integrate them into an online wallet. Among the pluses is that a paper password cannot be sniffed through the network and is usually stored in a secure location, like a safe. However, a technically important disadvantage of a paper wallet is that you can only transfer from it all the funds on your balance at once.

In the case of a desktop wallet, let’s take a traditional and illustrative example with Bitcoin core, which can be downloaded from bitcoin.org. Bitcoin core contains the entire history of Bitcoin transactions in the world, it is installed on SSD drive and weighs about 1000 gigabytes, but if you overwrite the data during uploading, the final volume is reduced to about 5 gigabytes. The wallet itself and its address appears in the file wallet.dat. Already this file can be moved to any place and on other devices, and along with it will move your account. Of course, it is vital to protect such a file with a strong password.

It’s easier with mobile applications. You download applications from Google Play or the App Store, register, get keys, which are then stored on your device, transfer funds thanks to QR-codes. It’s worth protecting your gadget with a pin code and clearing it of questionable apps.

For hardware wallets, which generate private and public keys automatically, the process is similar to desktop wallets, but includes an additional level of security. You also set a pin code on the device itself, which is entered during any transactions along with plugging in the flash drive. In addition, you remain in possession of a private key in offline mode.

Finally, a paper wallet will require you to download a generator program to create a paper with a QR code, which must then be put in a safe place. During the generation it is important to trace the vulnerabilities: to make sure that the device is completely clean from viruses and that hackers are not able to connect to the printer from which you are printing the paper.

Funds are transferred to the wallet using its public key, which you send to your counterparties or insert in the service exchange string. Instead of a key you can also use a generated QR-code for your convenience.

The source of funds can be various options for exchanging conventional currencies for Cryptocurrency. Which one is preferable, it is up to you to decide. This can be a website-exchange, Telegram-bot for the exchange, terminal-cryptomat similar to the online exchange, Cryptocurrency exchange, over-the-counter trading. In the latter case, you independently negotiate with the counterparty to transfer cryptocurrency to your wallet in exchange for the transfer of regular money.

You can convert Cryptocurrency into regular money using the same methods as you purchase it to plant it on your wallets. if you actively use online wallets Webmoney, Yandex.Money, Kiwi, you can use payment systems like Capitalist or Payeer, which support traditional fiat currencies along with Crypto and allow you to withdraw Bitcoins directly into rubles. An independent issue is to calculate the commission for these exchanges. You can use special services to track it and choose the best one.

When choosing a wallet for Cryptocurrency, remember that their benefits for you are tied to your goals.

If you need active trading and constant access to funds, choose mobile apps and desktop versions; if you need peace of mind and conservative work with increased security, use hardware or hard copy. Finally, a hybrid option is beneficial – supplement an active mobile wallet with small amounts with a more secure hardware wallet, where to store the main funds.

There is a variant rating from Veriphi, which divided all existing wallets into 4 groups according to dozens of parameters, from convenience to security. The top group includes Bitcoin Core, Green, Wasabi, Blue Wallet, Samourai, BTC Pay, Electrum.

Also a reminder about the most famous brands of physical wallets.

Ledger Nano S, which looks like a small flash drive, has several levels of protection. With it you can both store currency and make transactions. Ledger is distinguished by its simplicity, transaction speed and level of security. A Cyd phrase will protect assets, and the device’s OLED display shows them in real time. However, this wallet has no battery and must be connected to a computer.

Its competitor Trezor from the creators of the first cryptocurrency pool is capable of supporting a large number of cryptocurrencies. These models are fully mobile when used via Android if you have an OTG cable. This kind of wallet is easy to use and supports two-factor authentication, but all this is due to its high cost.