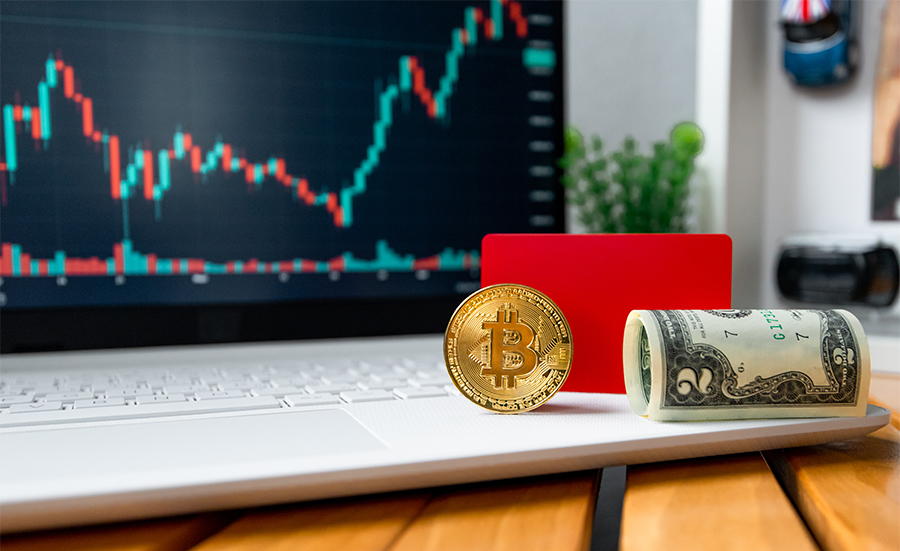 On February 24, the Russian stock market suffered the biggest collapse in its history. The decline of indices accelerated by more than 45%. This happened after Russian President Vladimir Putin announced a military operation in Ukraine. After that, the Ukrainian authorities introduced martial law in the country.

RBC-Crypto experts explained how to protect capital from fluctuations with cryptocurrencies and what to pay attention to.

To some extent, cryptocurrencies can become a protective asset during strong fluctuations in traditional markets, said the head of the analytical department of AMarkets Artem Deyev. According to him, it is necessary to keep a part of the investment portfolio in the least volatile cryptocurrencies. First of all, it’s bitcoin and Ethereum, says the analyst.

To protect against fluctuations in the stock market, 8848 Invest lead analyst Viktor Pershikov recommended to invest only in cryptocurrencies with high capitalization. In his opinion, in the current situation, it is worth paying attention to bitcoin, Ethereum, as well as Monero and Zcash tokens, which can grow on the background of increased demand for maximum anonymous cryptocurrencies.

Against the background of Western sanctions against most Russian state banks, the decentralized finance (DeFi) sector may be of interest, says Nikita Zuborev, senior analyst at Bestchange.ru. According to him, it may well become an alternative to savings bank accounts. At many exchanges, the so-called “safeing,” which is a full alternative to a bank deposit in dollars, with a comparable or even higher interest rate of return, is available, the analyst explained.

Also, the analyst warned that when working with such a tool, one should pay attention to the possibility of early closure of the deposit and the frequency of interest accrual.

Another promising direction for investment is stacking, says Artem Deyev. According to him, this industry in the future will develop not only in the financial sector, but also in retail, online sales and other industries. In order to decrease the risks the analyst recommended not to invest all available funds into the stacking, but to block a part of the capital in a smart contract.