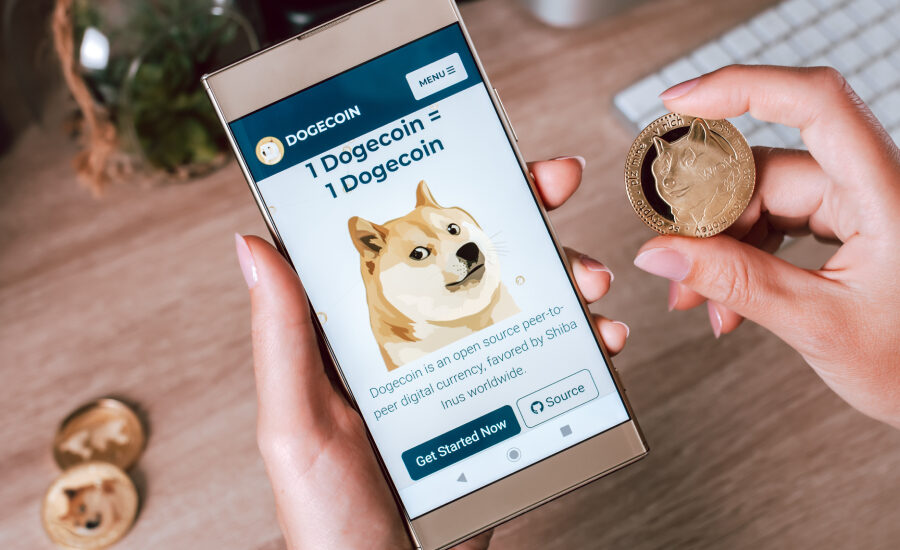 Celebrities promote cryptocurrencies. Their fans bear all the risks

Cryptocurrencies have attracted so much attention that they are now being actively promoted by show business stars, from Matt Damon to Kim Kardashian. But there is something these commercials are silent about, namely the high volatility and risks of such investments.

Actor Matt Damon offers Crypto.com, soccer player Tom Brady is a spokesman for FTX, and TikTok star Charlie Damelio promotes Gemini. Last May, even Kim Kardashian promoted the little-known currency EthereumMax among her 276 million Instagram followers.
Cryptocurrency ads are all around us. Facebook recently lifted its ban on cryptocurrency ads, and Crypto.com and FTX will be promoted during the Super Bowl broadcast (according to the Wall Street Journal, a 30-second spot will cost $6.5 million).

In an approximately $38 million infomercial that aired over several months, Matt Damon states that “good fortune goes with the bold. Indeed, you have to be brave to invest in cryptocurrencies because it is one of the most volatile and unregulated assets available to the average investor.
Crypto.com ads encourage viewers to be bold. If daring involves investing in assets with virtually no transparency, then investing in cryptocurrencies is a truly courageous move.
The authorities have not yet determined how to regulate cryptocurrency transactions. At most, what many cryptocurrency companies can offer are white papers outlining their purpose. For example, bitcoin is for decentralized financial transactions and etherium is for hosting decentralized software. That said, the coins associated with these blockchains cannot provide equity ownership of a company, or they would become securities.
Cryptocurrencies are an incredibly popular investment not only among retail investors, but also among speculators. In recent years, this market has been filled with institutional investors, including hedge funds, pension funds and charities. Banks and venture capitalists have also joined them.
Since March 2020, bitcoin has nearly quadrupled in value and ether has risen tenfold.
And it’s profitable: $1,000 invested in bitcoin in March 2020 is now valued at $5,000. Over the same period, the low-risk Fidelity 500 Index Fund is up just $1,577.

“[Cryptocurrencies] are several times riskier than anything in the stock market,”

Ashwar Venugopal is a finance professor at the University of Central Florida. This is mainly due to the lack of financial transparency and legal liability that regulated securities have.

“Meme” tokens Dogecoin and Shiba Inu ranked 12th and 13th among the most valuable cryptocurrencies by market capitalization. This was largely due to the publications of Ilon Musk, as the value of crypto-assets is generally not tied to financial performance.
According to a study by Yale and University of Rochester, the value of cryptocurrencies is mainly determined by two factors: the pace of trading and investor attention.
In other words, hype. In the study, the prices of cryptocurrencies – bitcoin, ether and Ripple – were unrelated to changes among traditional asset classes such as stocks, currencies and securities.

Should a responsible retail investor invest in cryptocurrencies? Even financial planners have a hard time answering that question. Nevertheless, many of them recommend allocating no more than 5% of a portfolio to crypto-assets.
Caitlin Cook, head of the Onramp Invest community, argues that financial planners and their clients should realize how volatile this market is and budget accordingly if they do want to take the risk.

“Would you be able to live with it if one day the cryptocurrency dropped 30%? I firmly believe that you shouldn’t invest more in them than you would feel comfortable losing, no matter how optimistic you are about the industry.”

Now everyone is trying to cash in on a hype, so trust such popular personalities who have nothing to do with crypto – you should not. You need to do your own research before choosing an exchange or a token to buy.